As I wrote about over the weekend, I’ve finally done something I’ve needed to do for some time, which is find someone to sit down with who can help me expand my guitar toolkit.  Tonight was my first meeting.

They have a nice little setup in the basement of a marina on Lake Union, with two small studio rooms.  I met with my instructor, Mike, and spent a lot of time discussing my background, how I learned, what I was already good at, and so forth.1   Mike is a curious mixture of laid-back and hyper-focused, but I think I’ll get along with him.  He had me play a song for him2 just to watch my current style, and then we got down to the brass tacks of what I wanted to learn and how to get there.

We’re starting out by refreshing on theory.  Now, I know a bit of theory, because you can’t hang out with folks like Gwen Knighton and Mary Crowell without absorbing some stuff just through osmosis, but I’ve never made a formal study of it.  The last time I had any formal music instruction, I was too impatient to get to the “I wanna play a SONG” stage to really focus on it.  I think I’ll be a slightly more disciplined student today.

We did have an entertaining digression talking about how my personal guitar idols are.3

My homework for next week, aside from making a list of five “desert island” songs to send to him as background, is to play the note C.  More specifically, to play all of the C notes on my fret board.4   I’m looking forward to Wednesdays for the next few weeks!

Please do not fish or swim in the sewer. 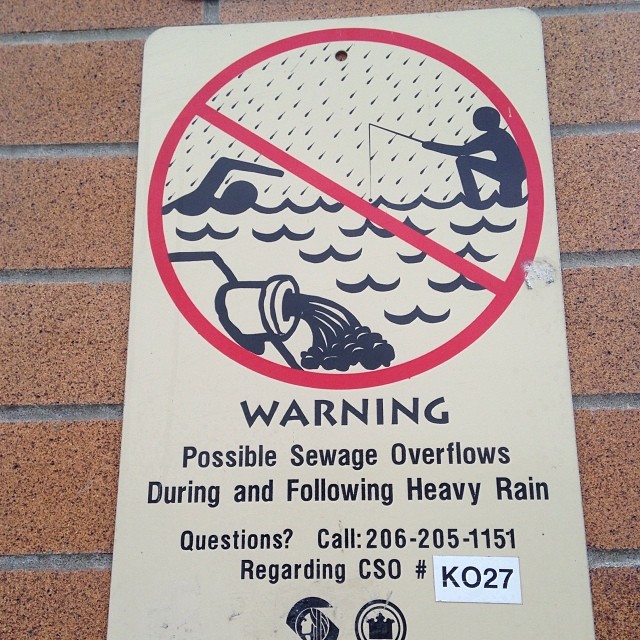 Please do not fish or swim in the sewer.

Because we watch TV on the TiVo, we rarely actually see commercials, but a recent ad by cognac giant Hennessey caught my ear,1 mostly due to their slogan juxtaposed with traditional disclaimers that accompany alcohol advertising on television in the US.

I’m not entirely certain those three directions are entirely compatible with one another.  Just sayin’…