The journey of a thousand miles begins with a slight detour

It was a bit of an impulse.  I’d been working all summer as an inventory clerk for the county Board of Education, and having very little to spend my first real wages on, I’d just been putting the money in my savings account.  I was visiting a friend in Greenville, and we stopped by a music store because he wanted to look for something.  And there was this guitar.  It was a black Rickenbacker solid-body six-string,1 and the guy who was selling it needed exactly $250 to buy a keyboard for a gig, so that’s what he was selling for.  I didn’t know a lot about guitars, but it seemed like a pretty good deal, so I decided on the spot to buy it.

Unfortunately, I didn’t have anyone to teach me how to play it, and I turned out to not be very good at figuring it out for myself.  A few years later, needing money to move, I reluctantly sold it to a friend.  But I always regretted it,  2 and told myself that one day, I was going to buy another guitar and learn to play it.

A near-death experience has a remarkable ability to bring your future plans into sharp focus.  I decided that I should consider doing those things I’d always meant to get around to sooner rather than later, and so I began looking for an instrument to suit me.  I finally purchased a Fender 12-string acoustic3 from a shop in Alpharetta, and signed myself up for a 12 week group class at Mars Music.  Once I’d completed that, I borrowed song books from anyone I could, and leafed through them looking for songs I knew the chords to.   These I copied into a binder, which I then played through as much as I could, trying to develop at least enough technique to accompany myself.  I’ve kept at that over the years, adding new songs as often as I can and trying to improve my playing.

I haven’t done too badly at that, I suppose.  I’ve played on stages in front of tens of people from time to time.  But a long time ago I found the plateau of where I could push myself, and I’ve been stalled there ever since.  Good enough to do what I’ve been doing, but not where I wanted to be.  I’ve known for quite some time that to get to the next level, I need an instructor.  For one reason or another, I’ve not actually taken the  step of finding one.  There was always a good reason.  I didn’t have the money, or I didn’t have the time, or we were going to be moving soon4

But there was also fear.  For all that I seem gregarious and outgoing, I hide a lot of shyness and social anxiety, and the truth is that part of what I had to overcome was my own mental blocks.  I knew going in that I was going to have to say to a potential teacher:  “This is what I have.  15 years of bad habits, cheats and short-cuts that have kept me from stepping up to the next level.  I will have to unlearn those before I can move forward”, and that was a harder thing to do that I realised.

But after searching around, I finally decided to take that step.  I reached out to an instructor I found on the web who isn’t far from where I’m now living and inquired about availability, and have since exchanged some emails5 and set up a time to go in and meet with him.  I’m hoping that we click and that I’ll be able to expand my horizons and start doing some of the things that have felt out of my reach.

And despite all my trepidation, I’m really looking forward to it. 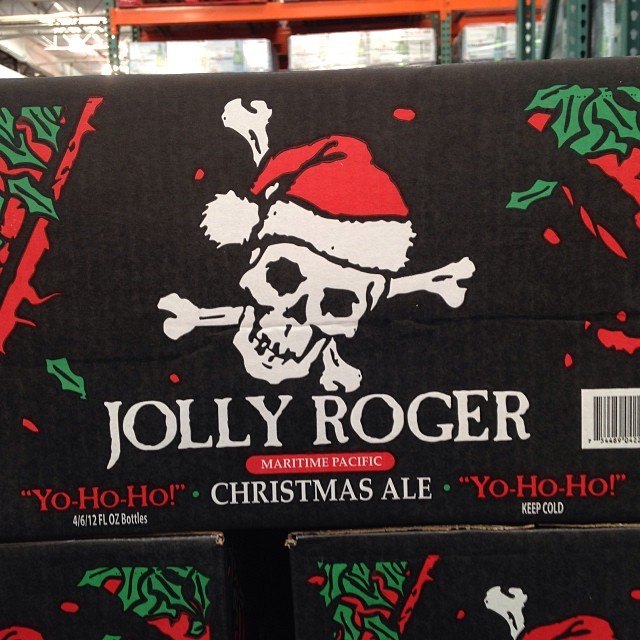 One of the things that excited Larissa and me about our new apartment was that it was walking distance to a great many things, and we can certainly do with more exercise and fresh air in our lives. So today we decided to go out for a nice stroll down to Pike Place Market for lunch and a bit of random shopping.

We left a bit after noon and headed down Thomas Street to the pedestrian bridge that goes down into Myrtle Edwards Park. We’ve already come to love this park, and there’s a great many photos taken of the waterfront and the Olympics across the water on my Instagram page. We had not, to this point, really taken the time to explore the walk/bike trail that runs all along it, though, so we set off south towards downtown to see what we could see.

We wandered along the edge of the Olympic Sculpture park, stopping to take a photo of myself under a giant ampersand.1  There’s a bit of a sandy beach just past it, with a large sign warning people to not pester the harbour seals when they are resting on the rocks.  We didn’t see any seals, but there were a number of ducks on the water looking reasonably pleased with their lot in life.  Past this beach the trail empties out onto Alaska Way which continues on down past the piers on the waterfront.

We ambled on down the street, stopping to take pictures of interesting signs or structures, and eventually arrived in the vicinity of Pike Place Market, where we promptly became incredibly indecisive about where to eat.  It didn’t help that, being Saturday, the market was completely packed with people, so we wandered up the block a ways and found a nice sushi joint called Japonessa which promised “a Japanese core concept with hints of Latino flair.”2  We were seated pretty quickly despite having no reservation and our very friendly waiter got us set up with some ginger beer and a superb edamame appetiser, which was very fresh and salted perfectly.  We then sampled the brie tempura, which was served with an extraordinary raspberry sauce, and finished with a variety of sushi rolls and sashimi.3 I have a feeling this is going to be a restaurant we return to, because everything was excellent.

Well stuffed with food, we went back over to the market4  We poked through the hat shop, but they only had sizes up to XL, which isn’t quite large enough for my head, so no new hats were acquired.5 We wandered down into the lower levels, where they keep the bookstores.  There are two bookstores that I’m aware of in the Market, both with friendly and conversational clerks.  I was tempted by many things, but in the end we only walked out with a single paperback.

We wandered over to Beecher’s Cheese Shop to get some cheese, but it was packed and the line was very long, so we decided to come back another day.  Larissa’s foot was starting to bother her and it was beginning to get dark.  So we headed up Pine St to 3rd Ave and caught the #13 bus back home.

It was a lovely afternoon with no agenda.  And that’s really what Saturdays are all about, Charlie Brown.