The new band that no one has heard of…

Seen in many, but taken from the adorable vixyish

1 – Go to Wikipedia’s “random article” link. The first random article you get is the name of your band.
2 – Go to Random quotations. The last four words of the very last quote of the page is the title of your first album.
3 – Go to flickr’s “explore the last seven days“. Third picture, no matter what it is, will be your album cover. (I cropped mine to be proper album dimensions.)

I’m actually rather pleased by this one: 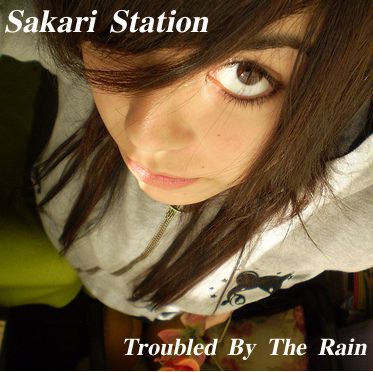 (I don’t have a filter for locals folks, so feel free to skip this if you’re not in the Atlanta area)

So, the last couple months have been pretty low turnout for movie night. Having said that, we really are hoping to keep the tradition going.

See, I finally unwaffled on buying that new TV. So we have a *really* nice screen to watch movies on now. Our gaming group screened “Raiders of the Lost Ark” last week, in preparation for going out as a group to see Indy 4 *next* week, and it’s just so nice.

So, next Wednesday is our monthly open house movie night, and we’d love to have you come over. As usual, there will be some baked goods, some good conversation, and an interesting movie to watch and discuss. If you need directions, or have any questions, or just want to let us know you’ll be there, leave a comment or email me.

Hope to see you there!

I know one isn’t supposed to get too chuffed at one’s on cleverness, but today in #filkhaven, I crafted what I think is a very good Doctor Who mnemonic, considering I took all of 60 seconds crafting it:

Have The People Been Demanding Baked Muffins More Easily Toasted?

I leave the meaning of this as an exercise to the reader.

Getting to know you, part XXVIII

It’s another series of random questions, courtesy this time of serenejournal. And when I say random, I mean completely non-sequitur-ish.

END_OF_DOCUMENT_TOKEN_TO_BE_REPLACED

I’ve considered Bob Asprin a friend for some years. He was never a close friend, by any means. I don’t have the long history with him that many others in the community did. But we knew each other, spent many long hours talking at various conventions, and he was someone I liked and admired. I’m very sad to hear of his sudden passing.

Gafilk was very pleased to have him as our Guest of Honour at the fifth Gafilk in 2003. (We knew he’d never be able to turn down a fifth.) He was concerned when we invited him, because he hadn’t played music in public for a number of years, but we convinced him that we wanted to honour him for all he’d done for the early filk community. He was a blast, and afterwards he started showing up at more filking events in the southeast, which really made me happy.

Funny story about Bob from that Gafilk. Gafilk V was the second year that quadrivium was providing the banquet entertainment — at Gafilk IV she’d played solo, and when we asked her to do it again, she said she would but only if she could get some people to play with her. So the banquet that year featured her on piano, with kiltedwitch on bass and spambrian on drums. We were sitting at the head table with the rest of the concom and guests. As the performance really started to kick into gear, Bob started getting more and more agitated, and finally muttered “I can’t listen to this.” and got up and left the room. We were a bit baffled at this reaction. Later, he explained that he was nervous as hell at having to follow that with his own concert and had a good old fashioned stage-fright panic attack.

He needn’t have worried. He went up on stage, did his old material and had the audience in the palm of his hand. Bob Asprin was always a great showman. Towards the end, someone asked him about the Kipling cycle he often would perform in midwest circles, and he said “Oh yeah. I haven’t done those in years.” He then proceeded to do the entire cycle. Off book. Flawless.

Time to crack open the old favourites this weekend. Thanks for all the stories and the songs, Bob. My world is a bit smaller today, but all the richer for what you left behind.

DEFENSIVE PERIMETER: The end of the module

Well, last week our intrepid heroes managed to defeat the final big bad of the dungeon in one of the most anticlimactic encounters of my DMing career.  The ancient evil they’d found clues of throughout the adventure turned out to be a vampire who had been trapped in gaseous form inside an urn in a secret room on the lowest level of the mine.  Letting her out should have been a pitched battle that they may or may not have actually won.  While they had the right kind of weapons to at least make a good go of it, she was high enough in hit dice that the cleric would have needed a perfect roll to turn her, and her ability to dominate members of the party into her willing servants….well, let’s just say the odds were long for our heroes.

Luckily, the party had some very good initiative rolls and several of them got to go first.  The mage led off, as is her usual tactic, with Tasha’s Uncontrollable Hideous Laughter.  This spell will incapacitate (though not make completely helpless) a foe for 4 combat rounds.  It does, however, allow the opponent to make a WILL save, and the vampire’s WILL was +10.

Now, it’s always the DMs prerogative to fudge die rolls, either for or against the party.  In this case, however, I let it ride, and, unable to put up more than the most token of resistance, they proceeded to dispatch her without much fuss.

Is she dead?  Well, that remains to be seen.  Vampires are very tricky to kill, and she did appear to collapse into mist on death.  So there may very well be a powerful undead roaming free with notions of vengeance.  Time will tell.

The party went back to town to report on their success.  Unfortunately for them, Raffi got his elf on and made a very haughty speech to the townsfolk, blaming them (or more strictly their ancestors) for the curse of lycanthropy which was caused the lynching of Lawrence Gannu’s grandfather some hundred years prior, and how they had thus been directly responsible for the woes they had been suffering.  Since the sort of simple frontier folk who tend to live in mining towns don’t usually take kindly to this sort of moral proclamation being made against them, they thanked the heroes for their efforts and suggested that perhaps it was a good time for them to leave town.

Overall, this was a very successful module.  I’m absolutely in love with the Dungeon Crawl Classics line of d20 modules from Goodman Games.

As always, here’s some quotes from the previous adventures, leading up to the dispatching of the were-rat Lawrence Gannu.  I’ll try to do more play-by-play in the next adventure.

Virko:  We’re all injured.  Let’s run away from the cleric.  That’s called “strategy”.

Raffi:  You’re the Elvis of the rat world.

(After I describe another 30′ dogleg)
Don:  We have this symbiosis.  We understand each other.
Dave:  The vermin whisperer.

Lawrence Gannu:  You are invading my home.  Leave now before it becomes your tomb!
Sensei: (pause) Ok.

Virko:  So, you think you can terrorize the people of Silverton?  I say thee nay!
Gaudi:  Who *talks* like that?

I’d been hoping against hope for this news, and for once I got exactly what I wanted:

I can’t *wait* to see a full season of Moffat produced Doctor Who.

I very much want to believe right now that the traditional vision of Heaven that we were taught in Sunday school, with the clouds and the angels with halos and such, is real.

Because if it is real, I know that right this very moment Lois Mangan is pushing her way to the front of the Celestial choir and handing out NESFA hymnals to the heavenly host.

Requiscat in Pace, Lois.  You are greatly missed, but never forgotten.

What follows is probably mostly whinging and self-pity. But it’s my journal, and I get to use it for stuff like that sometimes.

END_OF_DOCUMENT_TOKEN_TO_BE_REPLACED

Weekend started out lousy, got better, then got much worse.

Friday night, WoW date with catalana was scuttled by Internet troubles. Spent some time with Comcast on the phone, then they were going to send out a technician on Sunday. Bah. Borrowed a cup of wireless from a neighbor, which was good enough to surf, but not to do anything that required long sustained connections like WoW or ssh.

Saturday, went to the library book sale, and scored a lot of fun books (including a 1974 “Encyclopedia of Love and Sex” that should be worth at least a few giggles) and an eclectic stack of CDs. From there, got a call from Comcast that they’d found and fixed the Internet problem (which was a neighborhood outage and not specific to my apartment. Went to a housewarming party a friend was having, where we gathered quite a few more books from a recent warehouse clearing.

During the party, got a call from a co-worker that we had a server down and she was going to investigate it. Called various up-line people to inform them, but figured she had it under control. She checked it at various times…but was working close with the vendor support staff to try and recover.

Came home and had my online date that had been canceled the previous night. Much fun had. Then…

Another call from co-worker. Things still going badly, needing me to come pick up for her, as she’s been on this for over fourteen hours and is getting cross-eyed. I ended up working 32 of the next 48 hours.

So the bookends of the weekend weren’t very good, but the middle was lovely.