How News Travels On The Internet 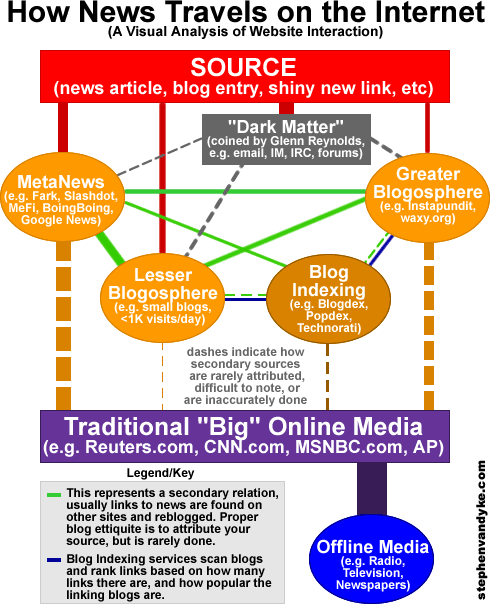 Spent a large part of today sitting in a waiting room for a doctor to take a look at my right ear, which has been stopped up since Saturday. Despite arriving 20 minutes early for my 11:30 appointment, I didn’t actually get seen by the doctor until around 1pm. After looking, he decided that I really needed to see an ENT to get the blockage scoped out. No one they could contact to refer me to had an appointment earlier than tomorrow morning, so I’m still effectively deaf in one ear. This isn’t painful, but it is somewhat disconcerting. As a musician and music lover, the thought of losing my hearing is one of the more terrifying ailments I can imagine. I imagine that a good irrigation will leave me just fine, but until then it’s strange and I don’t like it.

I must remember to take my own book tomorrow. The elderly magazine selection (According to Newsweek, there was a break-in at the Watergate building. Someone should look into that!) was barely adequate to keep me interested for a 90 minute waiting room stay.

Truth is, I just don’t like going to see doctors. I don’t actually dislike doctors. Heck, I have good friends who are doctors, but I prefer to limit my exposure to them to social occasions, and not spend much time with them in their professional capacity. I think a lot of this is a result of the continuing failure after three years to solve my sinus troubles. Nonetheless, I’ll be glad to get this done with and go back to my reasonably healthy life.

Well, I didn’t get much reading done last week, for a variety of reasons. I’ve decided that I’m going to set aside one hour every weekday, from 6:30 to 7:30pm, as my designated reading time. I won’t be on the computer or watching TV or listening to music during that hour, for so much as I can help it.

Continued working my way through Bill Bryson’s excellent Short History of Nearly Everything, reading several passages, and indeed one entire chapter, aloud to kitanzi. She’s joked by the time she gets to read the book, which is of interest to you, I’ll have already read most of it to her. 🙂 I’ve got a little less than 150 pages left in it. Also continued with Dan Savage’s Savage Love, which is currently in the bathroom and being read two and three pages at a time.

Saturday, I was in need of comfort reads, and so idly picked up an old favourite, John Christopher’s The White Mountains. This is the first book in the series of novels that the BBC television programme The Tripods was based, though I first encountered it as a serialized comic in Boy’s Life magazine as a kid. I read the entire book in pretty much one sitting, and would probably have continued on to the second book in the series, except that I don’t actually have a copy. Must remember to go check out ABE Books after payday.

As I mentioned elsewhere, telynor gave me a spiffy hardcover copy of Mark Helprin’s Winter’s Tale, which reminds me that it’s been about a year since the last time I read it and I should add it to the queue.

When you’re feeling down, or distressed, or lonely, or out of sorts, what are your favourite comfort reads?