So, on that note, here’s some fun stuff from the world of science.

First up, from camwyn, an animated GIF file that illustrates the relative sizes of celestial bodies, starting with the Earth and moving outward. As she notes:

Turns out that when you are conscious of the size of the largest known astronomical object in existence- VY Canis Majoris, a star so huge that it literally takes eight days for light to get from one side to the other- you have a hard time taking “But you ruined my view!” as quite so relevant to the greater scheme of things.

If that wasn’t enough to confirm that we're all really puny , epi_lj points me to an article in New Scientist magazine which suggests that it’s entirely possible that the entire universe is, in fact, a giant hologram:

For many months, the GEO600 team-members had been scratching their heads over inexplicable noise that is plaguing their giant detector. Then, out of the blue, a researcher approached them with an explanation. In fact, he had even predicted the noise before he knew they were detecting it. According to Craig Hogan, a physicist at the Fermilab particle physics lab in Batavia, Illinois, GEO600 has stumbled upon the fundamental limit of space-time – the point where space-time stops behaving like the smooth continuum Einstein described and instead dissolves into “grains”, just as a newspaper photograph dissolves into dots as you zoom in. “It looks like GEO600 is being buffeted by the microscopic quantum convulsions of space-time,” says Hogan.

If this doesn’t blow your socks off, then Hogan, who has just been appointed director of Fermilab’s Center for Particle Astrophysics, has an even bigger shock in store: “If the GEO600 result is what I suspect it is, then we are all living in a giant cosmic hologram.”

The best part about this story is that it was discovered more or less by accident. Issac Asimov once said that the most exciting words in science were not “Eureka! I have it!”, but “Hmmmm. That’s funny.”:

So would they be able to detect a holographic projection of grainy space-time? Of the five gravitational wave detectors around the world, Hogan realised that the Anglo-German GEO600 experiment ought to be the most sensitive to what he had in mind. He predicted that if the experiment’s beam splitter is buffeted by the quantum convulsions of space-time, this will show up in its measurements (Physical Review D, vol 77, p 104031). “This random jitter would cause noise in the laser light signal,” says Hogan.

In June he sent his prediction to the GEO600 team. “Incredibly, I discovered that the experiment was picking up unexpected noise,” says Hogan. GEO600’s principal investigator Karsten Danzmann of the Max Planck Institute for Gravitational Physics in Potsdam, Germany, and also the University of Hanover, admits that the excess noise, with frequencies of between 300 and 1500 hertz, had been bothering the team for a long time. He replied to Hogan and sent him a plot of the noise. “It looked exactly the same as my prediction,” says Hogan. “It was as if the beam splitter had an extra sideways jitter.”

I love the whole world. The world is just awesome.

I’ve seen an number of variations on this theme, but this is one of the better ones. What if Chess was a brand new game: how would it be received by the gamer press?

Chess casts you as king of a small country at war with a rival country of equivalent military power. There is little background story to speak of, and by and large the units in the game are utterly lacking any character whatsoever. The faceless, nondescript units are dubbed arbitrarily such labels as “Knight” and “Bishop while their appearance reveals nothing to suggest these roles. To make matters worse, the units on both playable sides are entirely identical aside from a simple color palette swap. The setting of the conflict is equally uninspiring and consists merely of a two-color grid so as to represent the two warring factions. Adding insult to injury, there is only one available map- and it’s pathetically small, an 8×8 matrix (Red Alert maps are up to 128×128 in size). The lack of more expansive battlefields makes Chess feel like little more than an over-glorified Minesweeper.

The entire article is well worth reading. Great pastiche! 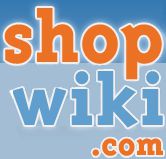 I’ve done this one before, years ago. Wandering through old entires, I came across it, and thought I’d post it again.

Post a memory of me in the comments. It can be anything you want. Then, of course, post this to your journal and see what people remember of you.

END_OF_DOCUMENT_TOKEN_TO_BE_REPLACED

That annual celebration of gladiatorial conquest and capitalist art known as the Superbowl was last night. During the hours-long telecast, I’m told, the New Orleans Saints defeated the much-favoured Indianapolis Colts, providing a sense of civic pride and joie de verve to a city that hasn’t had much cause to celebrate in recent years. Well done, and congratulations to the winning team for their accomplishments.

But that’s not really what I wanted to talk about.

Today, as I scroll through various blogs and journals, interspersed between the reactions to the game by fans of all stripes are the messages from the cynically aloof, who write paragraphs to inform us about how they did not watch That Game at all, nor did they check to see who won, because they, you see, could not care less about (spit) football.

I find this an interesting phenomenon which is not restricted to sport. If you look at any pursuit which inspires a passionate following, you’ll find a group who defines their superiority to the hoi polloi in terms of The Sort Of Thing I Don’t Care For.

I admit, I can be as prone to it as anyone. Yesterday, my friend Joey asked on Facebook: “Wasn’t there some sort of big football game today?”, and with a sly wink and straight face, I replied, “Yes, there was. Chelsea beat Arsenal, 2-0 :)”

There’s a certain sort of tribe recognition at work there, a signal to one another that we’re in that set of people who isn’t invested in the Big Thing Everyone Else Is Doing. When I see articles about the Twilight craze, I wrinkle my nose a bit and shake my head, having a firm and considered distaste for a series of books and movies I have not actually read or seen, nor do I have any particular inclination to do so.

In some ways, this is a very natural thing for us to do. No matter how much we desperately wish it was otherwise, we are shaped inevitably by our culture, often in ways that we don’t immediately comprehend or even notice. When we do see a shaping force we dislike, we take a forthrightly opposing position to it (and thus, are indirectly influenced by it, if only by creating our sense of opposition.)

But like most behaviours, some people take it too far. A sly wink and a quip insufficient to show they are not part of the maddening crowd, they write bitter essays about their studied indifference to the entire thing and how they never could see what anyone sees in it anyway. This both annoys and fascinates me. It fascinates me because what’s strikingly obvious about these little screeds is not that the writer doesn’t care about the subject in question, but rather it is very important to the writer that you know he doesn’t care. Someone who honestly doesn’t care about something would simply go on about their day, not caring.

It annoys me because while it’s ok for one to be archly solipsistic in one’s own blog; that is, after all, what blogs are for, it’s positively obnoxious when it’s done in actual conversation. If two people are having an excitable conversation about a topic of great interest to them, and you walk up and say, ‘Oh, you’re talking about $TOPIC. I never really understood what people see in that. It just doesn’t interest me.”, you have effectively a) derailed the original conversation, which was presumably being enjoyed by the original participants, and b) focused the conversation on yourself. The people you’ve now interrupted may feel the need to defend their love of $TOPIC, or they may feel they must change the topic, because someone has inserted themselves uninvited into their chat and declared the current subject not only uninteresting, but unworthy of the attention of anyone with more than a marginal level of sophistication.

There is a name for this sort of person: a killjoy. Killjoy is a great word, because it requires no explanation. A killjoy is someone who kills joy. It is someone who manages to make themselves feel better by holding themselves above whatever it is that anyone else enjoys, and makes wry and cutting remarks about the sort of people who like *that* sort of thing. (One manifestation of this particular personality is the Cool Hipster, whose primary criteria for declaring something art is whether or not anyone other than himself has ever heard of the artist. Many brilliant artists cease to be brilliant, in the Hipster’s world, the moment they actually achieve recognition outside the small and insular circle of the Hipster and his friends.)

Now, one can certainly have any sort of opinion on any sort of topic that one wants. It is, as they say, a free country. But the next time you feel the need to insert yourself into a conversation just to express your alleged indifference to the topic at hand, ask yourself: “What am I trying to accomplish here?” If you are genuinely curious as to what someone else sees in it, perhaps you can have a useful conversation and walk away with some new understanding about the subject you didn’t have before. If, only the other hand, all you’re really wanting to do is demonstrate how insufferably superior you are to the unwashed masses, do everyone a favour and just walk away and wallow quietly in your smug grandiosity. No one wants to hear it, and there’s little enough joy in this world already without someone coming along and draining it from the room.

Wow, what a cool little video.

Vanishing Point from Bonsajo on Vimeo.

(tip of the hat to Andrew Sullivan over at The Atlantic)

Most spam I delete within moments of recognizing it for what it is. But every now and then I run across something so incomprehensible, it *must* contain some seeds of enlightenment. I’m not one to pass up a free koan, just in case it will give me insight into the universe.

“Our company we wish to create for you the best service. Be not ill Here you will see and will find about what many are silent do not speak. It is created for anonymity.”