The Blimp of DOOM!

(Look for the rest of my UK trip report, and last weekend’s housefilk, later in the day)

Image of the Day 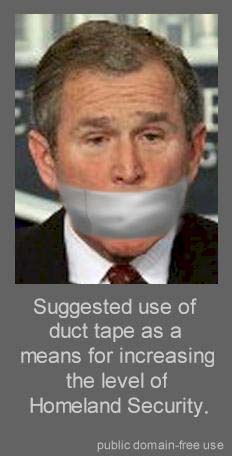 There and Back Again

It was about this time last year that I decided I was going to go to the UK filkcon in 2003. My dear friend Teri (teri945) was going to be one of the GOH, I’d always wanted to go, and was only recently free from former personal constraints which left me able to undertake such a trip.

After discussing the likely costs with a number of people who had made the trip before, I approached kitanzi about the idea of us going over together. This was several months before she decided to move to Georgia, and there were any number of reasons why it might have been complicated, but I felt like I could afford it and really wanted to give her something special like a trip overseas. When she did move down, it became something we both were carefully saving for and working toward being able to do. Finally, on February 5th, it was time to leave

END_OF_DOCUMENT_TOKEN_TO_BE_REPLACED

My bags are packed, I’m ready to go…

Next stop — London! See everyone who’s going to be at Quinze, and I’ll see everyone else when we get back!

Bush and Co. Find Their Excuse for War

Poets Against the War

“First Lady Laura Bush has postponed an upcoming White House poetry symposium. A former librarian and schoolteacher, she has become something of a matron of letters and has sponsored a number of literary symposia since becoming First Lady. This latest symposium was intended to celebrate the poetry of Emily Dickinson, Walt Whitman, and Langston Hughes. Mrs. Bush decided to scuttle February event after she got wind that a number of poets planned to use the event to deliver thousands of poems protesting her husband’s proposed (and probably forthcoming) war with Iraq,” Gorvernaut writes. “The poetic protest was the brainchild of Sam Hamill. When he received his invitation to the symposium, he decided not to attend. Instead, he asked his friends to submit poems protesting the war. Within days, he received nearly two thousands poems. Now that the symposium has effectively been scuttled, he has set up a website, http://www.PoetsAgainstTheWar.org, which publishes some of the poems and requests submission of more.

kitanzi and I had a fun weekend hosting my mother, who finally made it down to visit! I’ll let Kit talk about how the whole “meeting the folks” thing went herself 🙂

Mom arrived Friday night, with just enough time to turn right around again and head down to a little veggie bar called ‘The Sprout’ to see Atlanta’s own Three Weird Sisters. Nothing on the menu looked terribly appealing, but the music was fun and I enjoyed introducing the girls to Mom. She ended up buying both the 3WS cd and telynor‘s solo cd, so it’s a pretty fair guess she enjoyed the music.

Saturday, we went out for breakfast, and then came back home while Mom went out shopping. Unfortunately, about 10 minutes after she left, I happened to glance into #filkhaven and discovered about the Columbia disaster. We flipped on CNN and watched sadly for about an hour, then decided to go and take a walk, instead of wallowing. The fresh air helped, and when we got back, Kit went to take a nap. Mom came home a little after that. When Kit got back up, I got my guitar out and we played some filk for Mom, which also helped keep our mood up.

There was a housefilk scheduled that evening, but most of the people I’d asked indicated they weren’t going, so we decided instead to go out to eat at Shogun, then came home and, amusingly enough, ended up watching Iron Chef, which Mom had never seen. It wasn’t one of the better episodes, but she seemed to be amused anyway.

Sunday morning, we went out to breakfast, and then Mom started her drive back up to North Carolina. Hopefully, it won’t be four years before we get together again. Kit and I spent the afternoon at a concom meeting for next year’s Gafilk, then came home and fixed dinner…barbecue that my mother had bought me from my favourite barbecue restaurant back in my hometown. 🙂 Then we sat down to watch some TV. “Changing Rooms” was up first, and that was fun as usual, and then we finally got to see an episode of “Coupling”. Oh. My. God. I thought I was going to strain something, I was laughing so hard. I think we’ll be making a point of seeing when it’s on. 🙂

(The plot of this one revolved around a girl trying to convince a fellow to have an affair with her; hilarity ensued. This led to an amusing conversation about how most sitcom plots would collapse when approached from a polyamorous point of view. “I fancy you, and I think you fancy me. Let’s go back to my place.” “But I have a girlfriend.” “So?” “Well, i need to call her and let her know I won’t be home tonight, or she’ll get worried.” The whole thing would be about five minutes long.)

Today and tomorrow we’re getting our final preparations for vacation complete. Wednesday we take off for England. Can’t wait to see everyone who’s gonna be there!

Answers to the Ten First Lines…

For those who want to know what the books were…

END_OF_DOCUMENT_TOKEN_TO_BE_REPLACED

Sometimes, someone says something you want to say so clearly that you don’t need to say it yourself. Thanks to baldanders for doing just that.

The Phoenix
by Julia Ecklar

In a tower of flame on Test Pad Two, I was there
I know not where they laid my bones, they could be anywhere
But when fire and smoke had faded, the darkness left my sight
And I found my soul in a spaceships soul, riding home on a trail of light

Before each morning’s launch, they know that I am there
To the soul that warms this vessel’s hull they say a silent prayer
I am father, ship and spirit of the dream for which they strive
For I am man at the hands of man; See us rocket for the sky

My thunder rends the morning sky. Yes, I am here!
Though lost to flame when I was man, now I ride her without fear
For I am more than man now, and man built me with pride
Oh, I led the way, and I lead the way, of man’s future in the sky